I would like to make an up to date damage chart for for every single weapons in the game, I will be testing each weapon individually to gather data on their base stats, I will be using the co-driver app to help with the more simple damage numbers, and when that fails I can screen record and frame count for more complicated things such as, how long it takes to fully heat up an enemy with an aurora for example
unfortunately, I don’t own every weapon in the game and some of the weapons I own are fused, which in most cases makes them useless for testing purposes, the exhibition is also not super helpful for testing purposes since most builds have modules, co drivers, fused weapons etc this makes 99% of the exhibition useless and tough to deal with, this is where I’m hoping you lovely people can come in handy, if I can start getting people to build me some ideal testing vehicles and have you upload them to the exhibition, I theory I should be able to test out every single weapon in the game
if you would like to help, first please check out the spreadsheet below, have a look at which weapons do not have damage numbers recorded and if you own that weapon make a simple thing for me to test, a test vehicle must fit these conditions, no co driver, no modules of any kind, no cabin specific buffs that effect damage in any way, you can add multiple weapons to the same blueprint as long as you put the weapons on separate key binds

please put a ruby radar on the vehicle as well if you have one . once you have created a vehicle and uploaded it to the exhibition, please reply with your in game user name, or contact me on discord au Quantum#4444 if a whit dragon responds, you found the right person
you can also add me in game, my user name is Quantum_Rage
here is a link to the google sheets document with the stats for every single weapon in cross out, if you would like to upload a vehicle for me to test please check this spread sheet first, I need weapons that don’t currently have data, if you see WIP in any of the stat slots it means I have that weapon to test already

Holy cow man, this is an awesome project. We used to have something like this a long time ago, but they where able to rip the numbers out of the game somehow. (Which I heard is now patched)

I wish you the best of luck sir. Everything I own is fused, so I’m no good with providing numbers.

no problem, yeah I saw the old spread sheet and was a little disappointed that it died. at first I thought this was going to take a ages doing everything by recording and frame counting, but the co-driver app can save me a bunch of time with most weapons and wont round numbers up/ down which is nice
things like cannons will be tricky since they deal bullet and blast damage at the same time >~< I will need to figure out how to evaluate weapons like those

would anyone be interested in seeing the max projectile spread for certain weapons as well? it’s something that shouldn’t be too hard to test but might take some time to convert the physical data into, a single stat like 10 degrees for example

Not sure you need to be that detailed

but any data is good.

I’m sharing this with clan mates.

I might just do a repetitive test and take a screen shot of the results, then put a link into the spreadsheet so people can see the results themselves and interoperate the information however they want

I just uploaded an example of the reaper spread to the document, could you take a look at it and let me know if something like this would be good enough for people to get an idea how how much spread it has? and if I should change anything about the test

I think that is perfect. 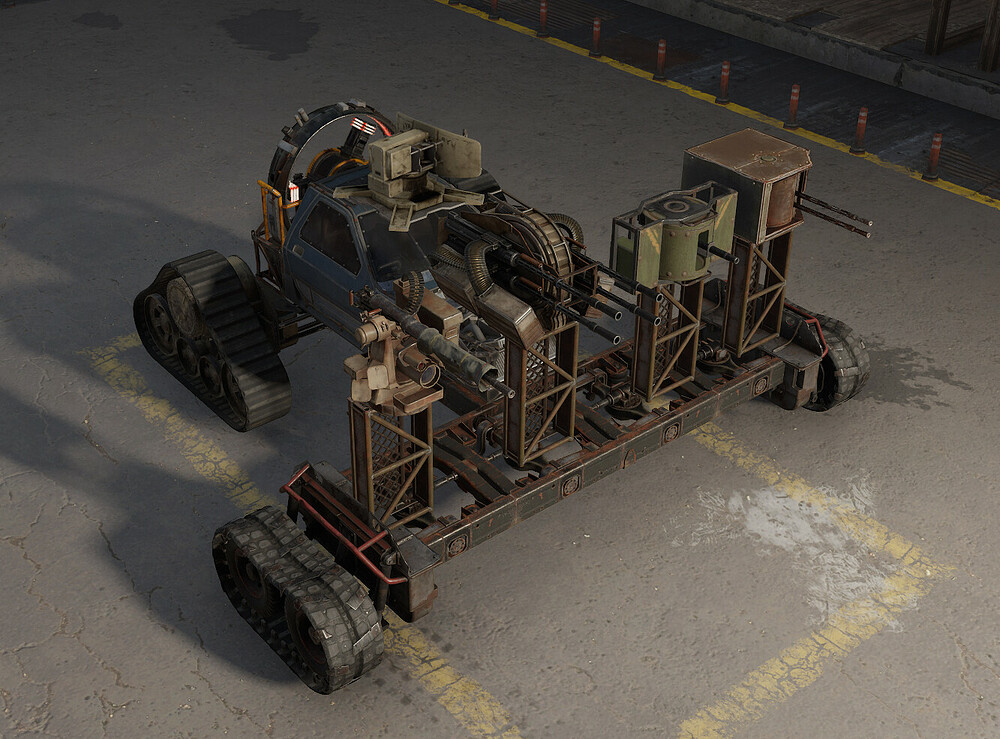 This spread sheet is coming along well.

You have already verified some things I knew to be true, but with real numbers.

Are you still working on it?

I sure am. My progress has slowed down a little however, not having instant access to every weapon in the game limits me to a certain degree, I’m finding that doing the same teats over and over is a good way to burn your self out, but i will get there eventually or die trying

ya know, I think I have learnt something interesting about how weapons work in cross out regarding the pre cooldown delay, this is somewhat common knowledge but, after you stop firing your weapon their is a brief duration where no cooldown will occur but, where does this wait time come from? well I stated to recognize a pattern between weapons, and now that I am testing out the cyclone I think I have confirmed my theory due to how it’s perk works
the pattern I recognized is that, high fire rate weapons begin their cooldown much sooner then slow fire rate weapons, take the rapid fire machine guns for example, they have some of the shortest pre cooldown delays, clocking in at only 220ms
retches on the other hand have one of the slowest fire rates, and the pre cooldown delay of that weapon is about 730ms
this alone was not enough for me to confirm the theory, because for all I know, these cooldown delays could just be pre baked per gun to limit your tap firing potential, but apparently that is not the case

the cyclone has an interesting perk, where, the longer you shoot it, the faster it fires, and as you may have guessed, depending on when I stop firing the weapon, the cooldown either starts sooner or later
after shooting at full fire rate, the pre cooldown delay was about 320 ms, note that at full fire rate, the interval between shots was about 220ms, so their is still extra delay of 100ms after the fact, (honestly I have no idea where the extra delay is coming from tbh) but bare with me here
if I tap fire the cyclone, the perk of the cyclone will not be active, meaning the interval between shots is larger, and the pre cooldown delay becomes 620ms almost twice as long as it was before, so imo this, along with all the other data gathered, is pretty strong evidence to indicate that, the fire rate of the weapon, has something to do with, how long it takes before your weapon will start a cooldown, maybe after each shot, the weapon need to wait a set amount of time before doing anything else either shooting or starting a cooldown

I probably need to test this allot more with many more different weapons, to get a good idea, and getting down so low in ms makes it a bit hard, I can only play back footage at 50 fps, in davinchi resolve, which means each frame is 20ms, so their is a bit of room for error on the recordings themselves, by looking at multiple of the same thing I can get a good idea of what the actual time might be close to, when comparing intervals between shots and the pre cooldown duration, I am seeing ranges hovering around 150ms, so if I had to take a guess I would say, that game wise, the pre cooldown delay comes from, the intervals between shot + 150ms
this essentially means that if you were going to work out a coolers efficiency compared to radiators, you need to add about 150ms of wait time every time the weapon requires you to reload

I might look into a different video editing program that can display 100 or even 200 fps footage, without me needing to pay for it, unfortunately davinchi resolve is the only good one I know of that is free

Use the exhibition, you’ll have access to all guns in the game. Even if they have three guns, you can usually turn the vehicle until only one gun can fire. And along with that, fire 10-20 shots on things like machine guns, because there are certain guns like the tackler which used to do 8.08 damage per shot(if I remember correctly), which would look like 8 even until you fired 7 or so shots when it would round up.

Best of luck, and you are doing great work. Keep it up my man.

I do use builds from the exhibition when i can. However. I still require the build in most cases to only have a single weapon of which i want to test more weapons would ruin spread tests and make it harder in general to work out damage numbers, sometimes vehicles have multiple weapon but i can block firing angles so one one shoots etc, vehicles can’t have fused weapons, radiators, coolers flywheels, power units etc. Anything that effects the performance of the weapons. Including cabs, vehicles also must not have a co driver
Yes i have access to every gun in the game using the exhibition but finding a vehicle that meets alo my conditions foe testing purposes is near impossible sometimes

As for damage numbers. I use the garage weapon tester in the co diver app. Co driver id an app that reads your game logs in real time and shows exact damage numbers. No rounding involved. If the shot deals 2.3 co driver displays it as 2.3 even tho in game it only shows up as 2

Thanks ill check it out
unfortunately openshot only goes upto 60 fps as well, same as davinchi resolve, I kind of understand why, just the preview is played in 60 fps, but when you export you can do higher frame rates, this is great normally but, it sucks for frame counting.