I was feeling a little bored 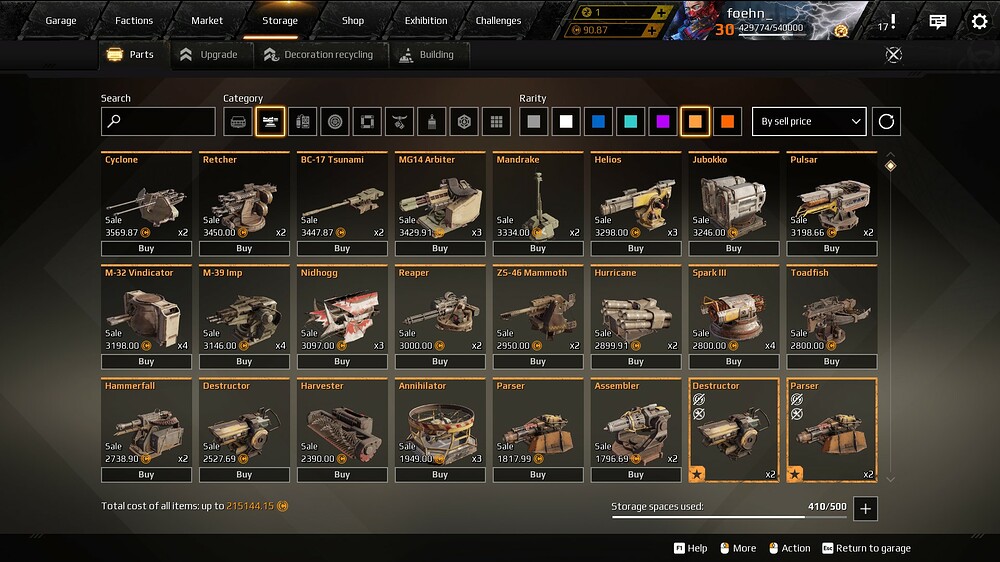 what am I going to fight for now

Welcome to the game with little to no content. You just enjoyed the most of it, excluding relics.

You only have 215k inventory. You def don’t have any of the high end weapons if your have all the legendaries. So get some relics. Fuse stuff.

Maybe try playing how I play. I just play to play. I rarely have an agenda. I don’t farm for stuff. I play for… You know… FUN. I maybe farm for a part I want twice a year for like a month. I cant say there’s any parts I want right now that I don’t already have. I do want those two new battlepass weapons very very badly though. But hey…its like 15 dollars for me to buy, and that’s about how much I am willing to spend on this game in a three month period. Sometimes I’ll get one of the new “light packs” as well.

Just play to play. Have fun, and go for the new content. I get bored of this game every few years and and take a mo th or two off. The game always beccons me back though. I enjoy crafting a great deal. I’m always making new rides and trying out Wierd combos to see what works out of the norm and Mainstreem. Innovation is fun. Also I don’t build very many ugly boxy spaced armoured builds. I like more aesthetic artistic builds. Perhaps looking at my pretty car as I play is also a contributor to my continued enjoyment of the game.

I’m almost ready to have all weapons now, what am I going to fight for now?

Remember that cool South Park episode where they play World of Wacraft 24/7 for months, just to become so strong they can defeat that guy? And after they do, they ask them self what do they do now? The answer was - Now we can play.

But hey, there are always relics to collect and fuse.

I’m almost ready to have all weapons now, what am I going to fight for now?

Maybe sell the bad weapons and fuse the good ones.