I’m starting to see people playing the new Avalanche cannon in PVP, and so far I’m surprised at how well it’s working. Mostly seeing it on tanky builds, and seems most effective at close range.
I thought the slow reload would be more of a problem, but when one shot vaporizes half your car, it’s not such a big deal.

Anyone using it yet? Any thoughts or tips about it?
It’ll be a while before I unlock it, but I’ve already got plans. I suspect it may work well on augers, although I have a feeling it will have too much recoil for dual auger builds.

It’s a steam roller at close range… I’ve only been able to try the ones on exhibition.

The only builds i see that do “great” with the weapon are literallly draco-firedogs, but with the avalanche in the place the dracos were, and an hadron instead of a blight…

And they play the same exact way as well…

Just like u suspected, it is going to end as a weapon for sideways hovers, and dogs, while being absolutelly useless on “heavy” vehicles…

This cannon is a rush cannon for sure.

When I get this Canon I’ll show people it can be played right without rushing up.

When I get this Canon I’ll show people it can be played right without rushing up.

Anyone that i saw that was not running it in a “rush” build always got instantly destroyed by “rush” builds like fire-dogs, heavy cabins are a flaming dumpster nowdays, it does not matter if you have 6k or 2k health, if you are not fast enought to evade a dog you lose instantly…

Any build that goes lower than 75 kilometers is flaming garbage…

I’m guessing he means more lobbing shots from behind cover and being fairly mobile. I know he’s a fan of weapons with a lot of projectile drop, and I’ve seen him pull it off in battle.

I’m excited to get one of these, but not sure what I’m gonna do with it yet. I’ll try it on tracks first, just because it looks so good on tanks. 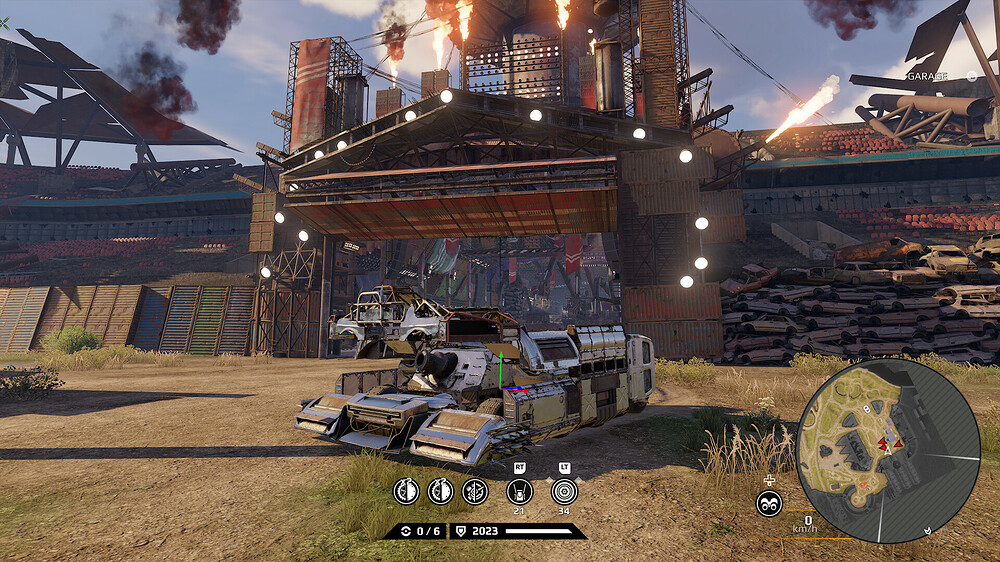 For me this is the Vulture of the battlepass, as in a disappointment.

It just, funny enough, does not feel like it packs enough of a punch and suffers from the same general feel of suckiness as most cannons do (excluding rotating ones like hulk and fat dude). The damage is amazing on paper and on test range, but there is something wonky going on with the explosion radius when using in the heat of battle, which many youtubers seem to have commented on as well when testing out the gun. It does not feel like a 12 energy weapon, simple as, more like a 10 energy one.

And with the way the shot works, they have created, either intentionally or by accident, a face hugging cannon for the most part. It’s way too close quarter combat for my liking, if I play a cannon, especially one as heavy as this, I like to not be in the face of enemies and trying to outmaneuver them which I can’t. And the reload on it is atrocious. It’s like it’s been balanced as being a long range weapon, but designed to be a closer brawling weapon. Supposedly the shot does insane damage, but 9 times out of 10 it fails to do so for whatever reason, and you’re stuck in situations like landing a perfect shot to an enemy build, it drives right into you without loosing important parts, keeps shooting at your gun as you wait for it to reload, shoot again and barely do any damage to anything while you think it’s supposed to cause some damage other than a few small parts falling off, and then your gun is stripped by the most token shotgun build in the wasteland.

You need a fast build with good reload and maneuverability to make up for the gun in areas it lacks, but can’t do that to the point of making the gun really good. If you play it like its sort of intended to use, you don’t do really good either.

At max this gun can be under all the right circumstances and modules and on just the right build, average at best, and when the absolute best you can get out of a gun is average it really does not feel like a 12 energy super cannon. Honestly imo this gun either needs the accuracy and bullet travel mechanics of an Elephant and otherwise stay as it is, or if they keep the current firing state of this gun it needs a way bigger, or fixed, explosion radius even if that comes at the cost of doing way less damage, and more hp in general.

This gun falls apart in higher ps like wet paper even with Grizzly and Averter and so on and you manage to shoot 1-2 rounds per match at best, and even in low ps, almost as low as you can go, you manage to get out 3 shots before the fast moving meta takes it out.

Supposedly the shot does insane damage, but 9 times out of 10 it fails to do so for whatever reason

Probably has to do with the pants on head retarded spaced armor mechanics in the game and that just about everyone’s builds are 90% air and 10% actual parts.

a face hugging cannon for the most part

With the little barrel of this weapon are you surprised?

Also, did you notice because it has no barrel this gun can be mounted inside armor with only a 1 block space to shot through?

The first day these where available builds like this where being made on Xbox.

Have the other platforms not figured this out yet? 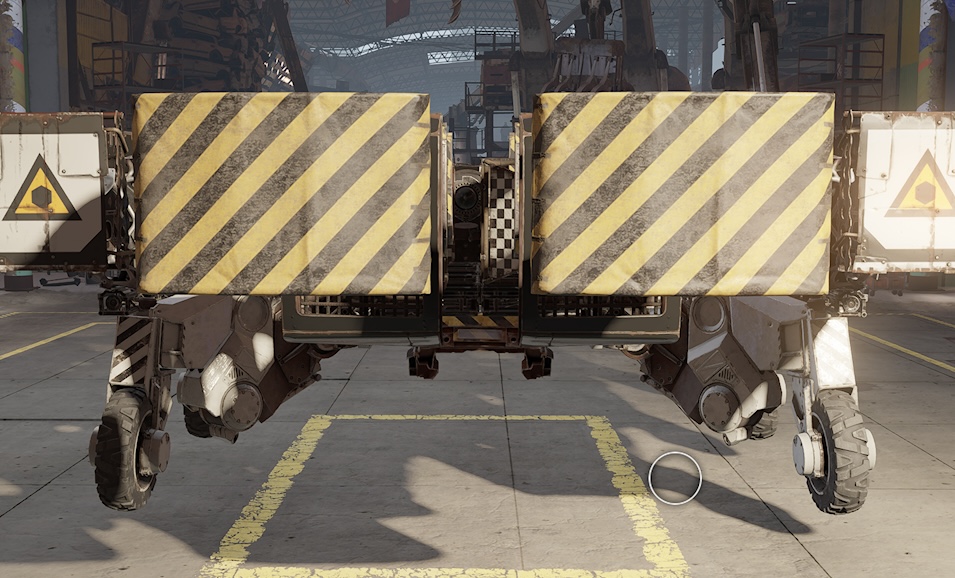 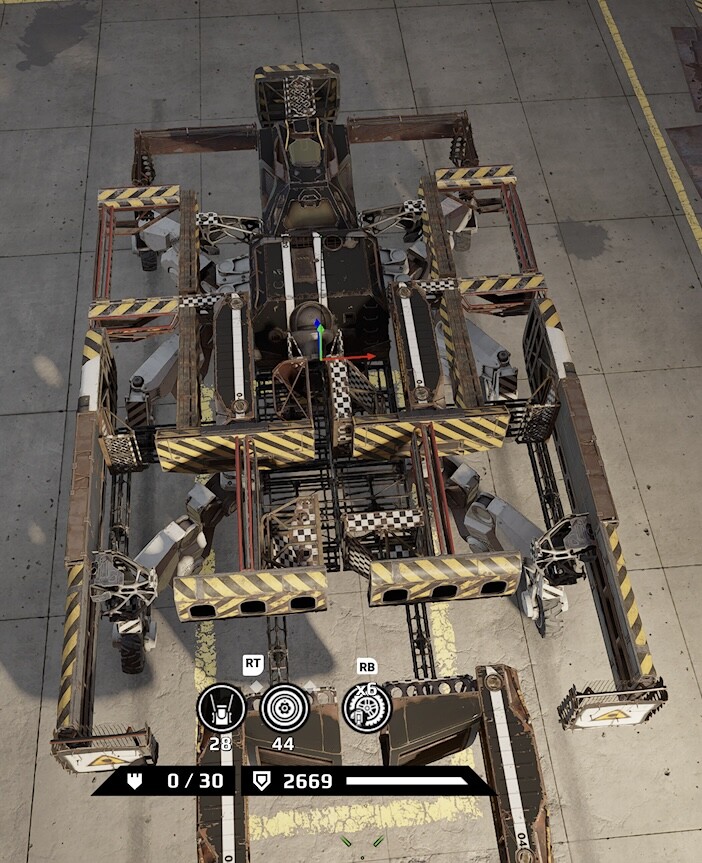 The first day these where available builds like this where being made on Xbox.

Have the other platforms not figured this out yet?

Everything instantly counters it, i saw a lot of those the first day of the battle-pass level up, they were destroyed insanelly fast without doing any damage…

The only builds that work like that are wheeled “dogs” , not even heavy ones, but the lightest builds only, reaching 120 KM with this cannon is a must…

Just like the kaiju, this weapon is literally wet paper, a breaker build drifts into you and boom, you weapons are gone, the devellopers said that thins gun could “be used as armor” but it is the opposite what it happned

.+ the fact that it has absolute horrible durability/energy and durability/mass ratios just make it worse…

This gun is hilarious 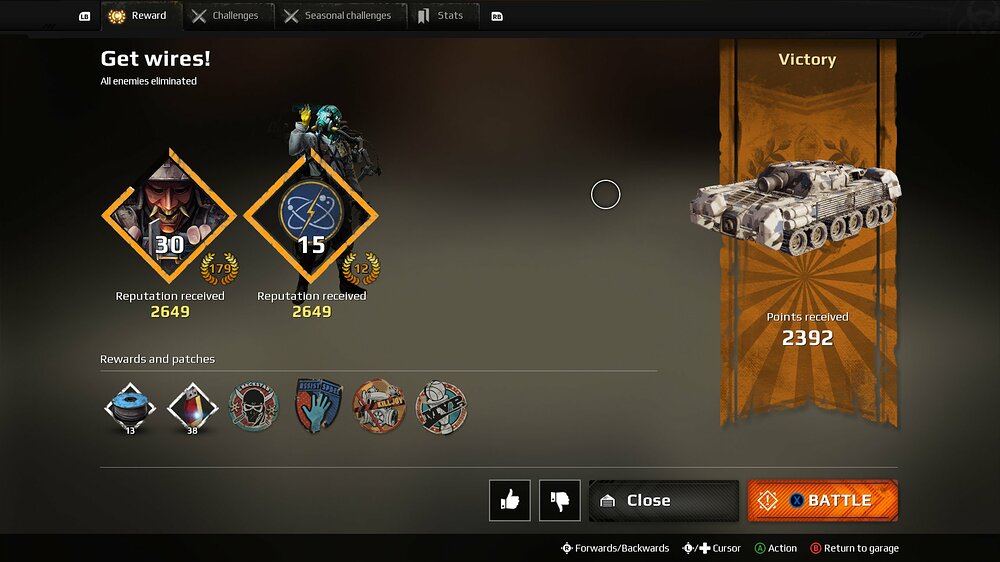 I’m still not seeing many people playing it, but the ones that are seem to be doing very well with it.
If anything, it seems to be a good counter to dogs, at least from what I’m seeing in PVP.

Having too much fun

Nice! That’s the kind of big boom action I love to see with these guns.

I think people who do well with Yongwang or with Snowfalls will also do well with this thing. All about the fast drive-by attacks, and lobbing shells over cover.