We had these on the old forums, they were interesting. Suggest anything, weapons, modules, cabs, engines and so on, share ideas

6 energy generator
BUT, it only provides any energy if only 6 energy weapons are attached to your build, preventing stuff like radiators, reload boosters, Averter etc or way too many miniguns per a build. “Endgame” generator for people who want to make builds that use 3 6-energy consuming weapons

6 energy generator
BUT, it only provides any energy if only 6 energy weapons are attached to your build, preventing stuff like radiators, reload boosters, Averter etc or way too many miniguns per a build. “Endgame” generator for people who want to make builds that use 3 6-energy consuming weapons

it woudn’t work on heavy cabins?

It could either boost heavy cabins to have base 12 energy so they too can go 3 6-energy costing weapons, or just ignore the existence of heavy cabs all together

A new energy weapon that’s based off of the skinner. Or basically it’s a skinner that does damage.

You shoot it, it shoots like a skinner and attaches to something, you press the fire button again and it delivers an electric shock through the wire, damaging the part it was attached to and also does a little damage to other parts attached to that specific part, destroying the wire in the process (detaching) and then starting the reloading process

Now how it differs from the skinner though, you can’t attach it to the environment, climb with it or use it to pull builds towards you or yourself towards other builds. It can be broken off by distance to your own build so if you shoot it into an enemy that is very fast or far away from you, the enemy can actually drive off and break the connection before you can deliver the electric shock. Once it is attached, it can’t be shot off by enemy teammates like a Phoenix bolt for example so the only way to avoid not getting hit by it is to drive away and hopefully gain enough distance to detach the connection

Personally, I’m not really interested in any new guns or modules. I think the game is over-saturated with that stuff, but I would like some old 50’s style, head-lamps with the cowl. 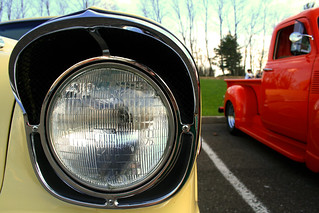 There was a discussion once about a new style of hovers that handled more like a boat that I thought was a cool idea.
Jumping spider legs is a conversation that I thought was interesting too, but probably, I would be happier with more structure parts or decor than any new gun , module, or motivator (wheels, tracks, etc).
I think this game has a bunch of guns and modules that basically all do the same thing; fire projectiles that go boom. To me a gun’s a gun. I don’t see how one shot gun is any different than another when it comes to play-style. Same with cannons and melee. One’s just bigger than the other and has a higher power-score, which ultimately doesn’t change anything as far as strategy or tactics go. It’s all the same game, IMO.
It’s hard to come up with something they don’t already have in the game at this point, as far as guns, modules, missiles and drones go , but I’ll meditate on it.
I still want my toxic bubble blower (launchable floating magnetic corrosive or explosive bubbles) but I realize that’s way out there, and is sort of just a clown weapon and a novelty, but I’m hard up for ideas.

Turntable Module from a construction vehicle
Initially designed for a Crane art build concept. A circular turntable assembly that is 6-pins long, 6-pins wide and 1-pin tall. Turns in the direction your camera is facing, and you can place parts on it.

I was hoping to be able to place the module sideway as well as upside down, but if Devs want to make it vertical only that’s fine.

Winch that zaps but with a tremendous slow pull rate.