What is the best way to report cheaters?

I just played 2 matches that I recorded on my desktop where 4 players from a clan cooked up the most pathetic cheating method i have ever seen. They had 3 players on the enemy team with a plant from their clan on our team with nothing but fuel barrels strapped committing suicide to his clan buddies on the enemy team. I know there is a report function in the game but you can’t upload nothing there has evidence. 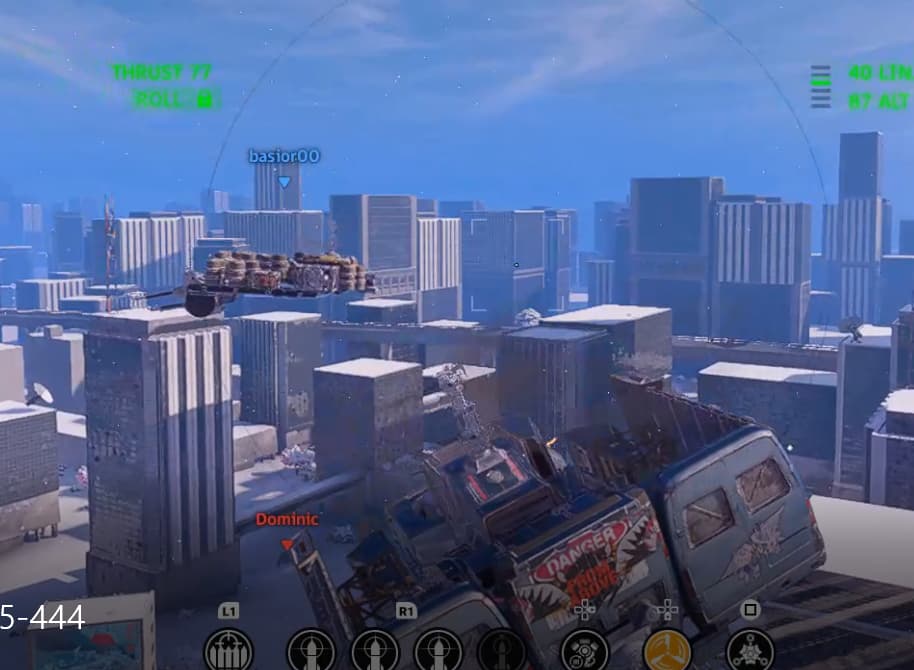 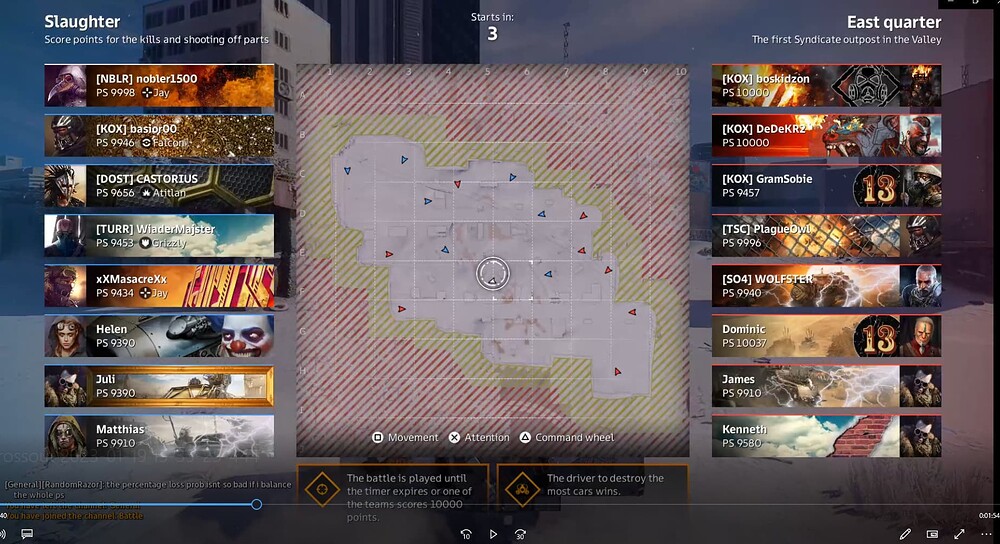 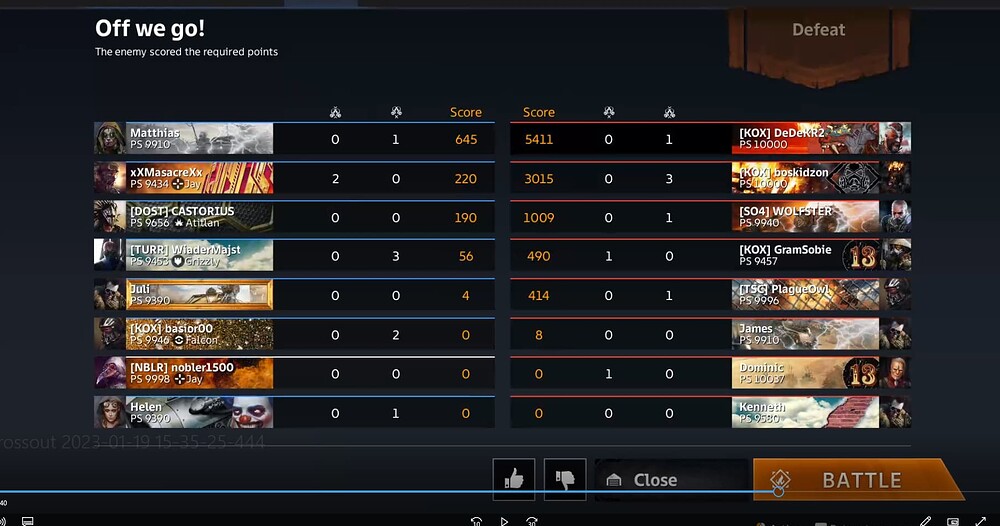 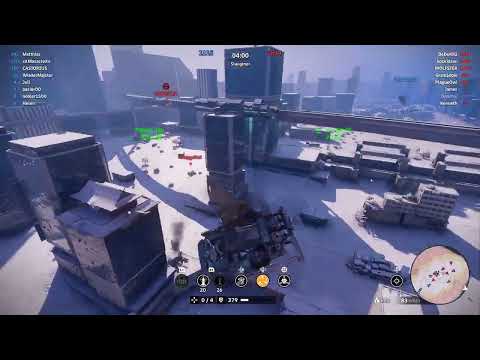 The kox player on my team had all defeats in his history and the enemy players koxs got all wins in their histories so it is so obvious what they were at even without the video footage. They basically planted a dude on our team just for them to farm.

It’s kind of funny to be honest.

I completely get why you might be mad, but events are boring. These guys are just trying to make the most of it.

I would do something else for 30min if it pisses you off and come back.

Yea I did exactly that, I went and took my dogs for a walk and thought about it. These guy’s got a lot to lose you know they been playing crossout for a long time so this is their first and only warning. If I catch them doing it again I will pull the trigger and report them somehow.
I was mad at first but it is kinda of funny after thinking back on it, it is the goofiest cheating I’ve ever seen and probably will see. This thread is staying up tho they earned their right into the crossout hall of shame but i still like to know what the best way of reporting cheaters are in case I catch them or anyone else at it again.

On Xbox we have an in game reporting feature when you click on their name in the game match roster. The list of people it shows for the match.

Not sure if PC version is the same.

Not sure if they even read them to be honest.

I’m pretty sure the only kind of cheating they care about is the ones that makes a dent in their profit. Clans cheating at Battle Royale or the latest poorly planned event is like, a staple of XO at that point, which the devs 100% endorsed when they tweaked events to only reward the top 1000

This was posted on the forum last year

Hello survivors, if you want to report a game rule violation, you can send me a private message with the following information: IMPORTANT! Please follow the form and recommendations, be polite, formulate thoughts accurately and briefly. This will significantly shorten the response time of the administration and simplify the analysis of a reported incident. Nickname or userid of the accused player. On which platform: PC/PS/XBOX. Circumstances: describe what happened in as much detail as possi…

Thank you very much!

Pc got that feature too but when the game is over and you go back to the garage than I don’t think there is any way of reporting them in game.

Pfff i see no point to report this… this was fast farm. If it would be problem they would ban barrels …

On the PC hit TAB right click the players name and fill in the info. Problem is by the time you’ve done this you will more than likely get destroyed.

It don’t matter what you had packing has long has you are sacrificing yourself to your friends on the enemy team than it is both cheating and griefing all in one. I already said I won’t report yea but if I sees it again I will. Non clan players like myself takes modes like this very seriously and you ruin it for everyone.

You can do it at the end of the battle too I think but if you closes out of the tab and goes back I don’t think you can report anymore.

Non clan players like myself takes modes like this very seriously and you ruin it for everyone.

I get yeah man… but I personally never take events seriously.

If I wanted to be serious I would play clan wars.

The rest of the game is just a grind, hmmmm…. Scratch that. “all of this game is a grind” (that’s better) people get bored and get inventive. That is what this game is about.

PvP missions, Raids, Events will never be taken as serious modes. And because of auto-aim Levi’s I don’t even think CWs can be taken as a serious competitive mode. It’s partly Because of the “you can build and play whatever you like” part of this game your always going to have someone that pisses you off if your expecting people to be serious.

Don’t get me wrong, I’m not disagreeing with you, it would be nice if everyone was competitive and tried to win, but the fact is they are not and they don’t.

So I have learned to love the randomness of the wasteland.

You never know what your going to find.

Sometimes it a 4 man death squad of clan builds and the next match it’s dudes sitting in the back at the base ramming into each while the other side stomps your whole team.

How would the fuel barrel player be able to make sure they were entering into matches against their clan mates?

People used to do the big chase in 10 seconds = they just banned skinners no one got banned.

I know there is a lot of situations where you get randoms in regular pvp being matched against organized meta build clans chatting on discord, and all though the odds are being highly stacked against the randoms there is at least some hope of a win and I hate those types of matches has well but at least they ain’t cheating. What these players were at there was no hope of winning, against crossout rules and was cheating thru and thru.

How would the fuel barrel player be able to make sure they were entering into matches against their clan mates?

probly the same way we do when we want to play against each other when we have 2 groups, just Q up at the same time…it’s hit or miss.but it’s really fun.

Ah, so that’s why so many matches start with some of my teammates blowing themselves up.
Those are really hard matches to win, but feels good to pull off when you are that outnumbered.

I still hate it when people do that though.

I would hate to see players waste my time on fake matches regardless if I’m being serious or not. I don’t even like when I get a batch of retcher players slowing down a raid to play it more then safe.