And yes, this is the new forum. I know how y’all might be feeling about it, but it was necessary to switch from the old engine to the new one. Mainly, because it’s much easier to maintain since it’s actually newer than the one you people got used to.

What’s the simplicity of maintenance for? As you might’ve noticed already, we began linking Reddit instead of the forum at the bottom of every news on the website. Thing is, we want to move the main activity of yours to other platforms, such as Reddit or Discord, since forums don’t seem to be the same viable tool they were back in the day.

Not sure if there’s a clown face reaction though, but you get the idea.

As for the old forum, it will be available here for the time being:
https://oldforum.crossout.net/
Note that it’s in a read-only mode, but you can still use it in case you want to save something from there or transfer it here. Be aware that eventually it will be shut down completely, so don’t delay it too much!

Ravager whispers: we must have more information 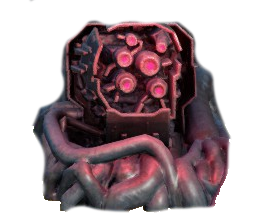 i feel you, i hate reddit with a passion. and Discord is difficult to get a word in.

This new forum looks absolutely awful compared to the old one. The old one was the best way you could collect feedback and suggestions in a well-structured and permanent way. Both Discord and Reddit are terrible in any sort of back-tracking and making anything last longer than a few hours or days. Both are platforms where anything is pushed back into oblivion in a matter of hours or days at most. And on Reddit users will be also able to downvote threads that don’t fit with their agenda and make them virtually invisible to other players.

Maybe you’re under the impression that “forums don’t seem to be the same viable tool they were back in the day” simply because you chose to ignore what many players had to say on them and hardly ever replied to anything other than the most trivial replies under the patch notes. If you had engaged with the players more, you wouldn’t be under this false impression AND the activity on the forums would have been as high as it was back in the day.

Hey Sam could we get an update on crossplay? We on Xbox desperately need it

My good sir, i don’t think you understand how player base interaction works. You wanna say you want to branch out to more “hip”/“cool” solution in a blind obsession of obtaining more players instead of working on the ones you already have.
Over all what i understood from this massage is that you don’t want or feel like moderating the forum, not that there were any, but even so, i don’t see why you need to change the whole forum.
Than again if you actually want to tell us with examples what does this new one offer, we’re all here

I feel like people underestimate how much work it would be to transport all of the data from the previous forums to this one. It’s like moving into a new house, it’s all empty and scary untill you give it some furniture and you live in it for a while.

I am however going to say that I partially agree with Lemmy44, regarding the importance of the forums and what their strong points are compared to discord or reddit.

thank you though sam, for a bit of clarity!

Note that it’s in a read-only mode, but you can still use it in case you want to save something from there or transfer it here. Be aware that eventually it will be shut down completely, so don’t delay it too much!

Hey Sam, i would message you directly on this new forum, but it seems that there’s no such option visible for me.

Is it possible to somehow backup (donwload) all attachments from the “old” forum? I have plenty of pictures that i might need in the future, and downloading each one manually is a pain. Alternatively is there anyone else i can get help with that?

This is the future grandpas

it looks terrible; it’s the haphazard combo of translucent dark boxes on a static background combined with unorganized font sizes and the vast unused real estate of the margins on either side that look ridiculous.

it looks like one of the 20 free sample templates you get from a site that sells way, way better templates.

hanlon’s razor: this looks like a really bizarre decision out of the blue, or a misdirected budget cut.

get a graphic designer in on this to fix it, or at the very least use this new engine to organize and format as close to the original as possible.

if part of some overarching scheme toward player exodus to get a younger audience: your marketing team is messing with you.

it’s impossible to copycat the success of other games by trying to copycat their strategy, i.e. stop trying to be “the next fortnite” and start listening to your player feedback.

especially in fortnite’s case: the game was originally co-op zombie hunting and spent it’s first years focused on following the gen X&Y demographic’s suggestions. only once they figured out how gen X&Y were going to invest their time and money in gameplay is when they started to see gen Z player population even start joining the game.

in all honesty i’m probably overanalyzing, but i really hope crossout isn’t circling the drain just shooting itself in the foot the whole way trying to save itself

the Past is not the Future,technology makes things easier for everyone.
and i don’t want to ride a horse i like driving cars.but thx
this forum feels very unfriendly to users. and that’s not a good.

Thing is, we want to move the main activity of yours to other platforms, such as Reddit or Discord, since forums don’t seem to be the same viable tool they were back in the day.

Not going to happen. I’m not going anywhere near main-stream social media. It’s the herpes of the internet, IMO. I’ll have nothing to do with it.

Except this is actually and factually the newer system. It’s also mind-numbingly easier to navigate. You’re just used to what you’re used to and stuck on past technology.

That’s OK. Adapting to new stuff is hard. You stick with your internal combustion engines and your analog electrical systems… the rest of us will be over here with drive by wire and electric vehicles.

It -IS- funny for you to pretend that the horse and buggy that was the old forums was more modern tho.

the other forum was A lot more User Friendly…
and eye friendly lol…that’s all
didn’t have to clik around to see stuff,just had to scroll down–very simple when you need to find things.
so simple vs this? easy choice

Well always we have to adapt to new things,